The American architect Richard Meier designed the new museum complex. He designed some of the most remarkable museums of the second half of the twentieth century. Inside the museums there is the original Altar of Peace (Ara Pacis), one of the best examples of classical art. Its construction was established by the Roman Senate in 13 BC to honour the return of Augustus from the Provinces of Gaul and Spain where the emperor had extended the power of Rome. The idea of dedicating an altar to the Goddess of Peace was a strategic choice. The Pax Romana who even in the conquest, brought peace and prosperity to everyone. The altar was found at the end of the 19th century broken in many pieces, and was rebuilt through the patient work of  archaeologists and historians. It is accessed by two doors placed at the end of nine steps. It is entirely surrounded by bas-reliefs that serve as  propaganda and represent scenes of the glorious history of Roman civilization. In particular they refer to Gens Iulia, one of the most ancient patrician families in Rome in  relation to the story of Enea who was a forefather of Rome. 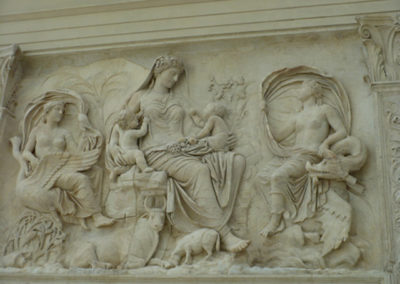 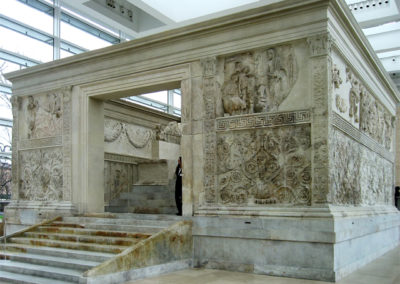 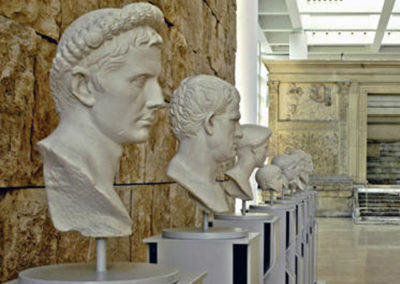 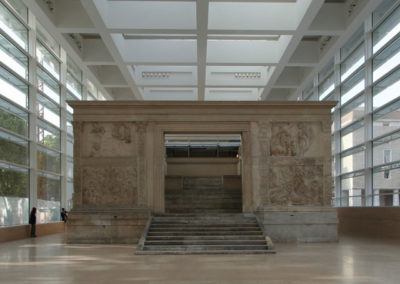 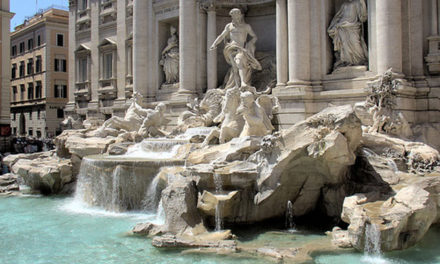 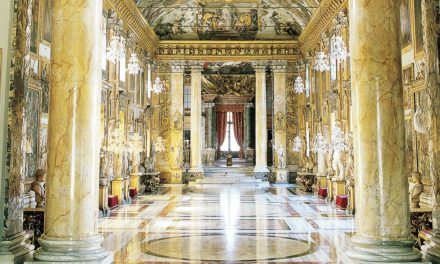 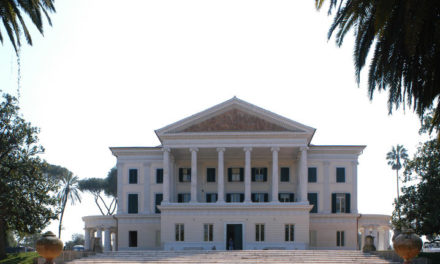